Samsung vs. Apple: The battle continues

For years now, Apple and Samsung contend for the best smartphone of the year. Certainly it is true that every year the iPhone and Samsung smartphones are always the devices of the moment. So every time a new model is released we ask: "And now who is the best?" In this article we will analyse the two giants of the telephone industry to see if there is a winner or whether this fight is going to last longer. Read on to learn more! 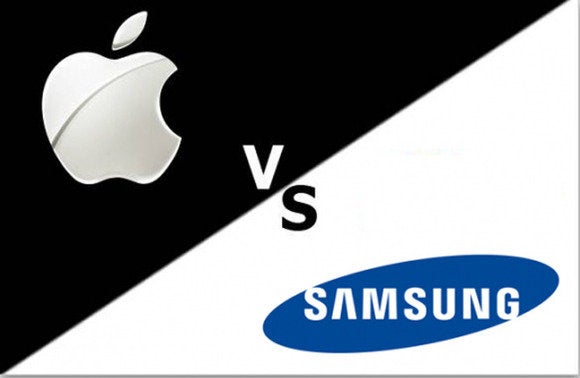 It is really difficult to determine which smartphone models are better, whether Samsung or Apple's. Variations between the various models can be quite different, so establishing a winner is not a simple task.

The latest Samsung home phones are the S8 and the S8 Plus, but have been released for a few months now. As far as Apple is concerned, the latest releases were the iPhone 8 and 8 Plus and the iPhone X. Both brands have been very successful, although not all models have been appreciated. For example, consider Apple and the iPhone 8 released a few weeks before the iPhone X. Everyone thought the 8 would be the best selling model, given the price of the iPhone X (about 1000 pounds), but so it was not. This obviously has favored the sales of Samsung models which on the contrary did not limit their production.

But we analyse in detail what the differences are between the various models.

The new Apple models seem to be beneficial to Samsung, especially thanks to the new processor, digital assistant, and facial recognition technology. True, Samsung was the first to use this latest technology on S8 and S8 Plus to unlock the screen. But Apple has completely disrupted it with its FaceID, but only on iPhone X, which recognizes your face even in the dark thanks to a small infrared sensor that recognizes the darkness, distance, and certain models based on neural networks.

Even with regard to the processor, Apple seems to be strongly in favor with its new iPhone. It seems that the new iPhones have blew all of the scores records out of the water in the tests, resulting in almost double the faster Samsung models.

Regarding RAM, Samsung wins a lot. Apple models have only 3GB of RAM compared to the 4GB of Samsung S8 and S8 Plus. Also on external memory, Samsung has the best: it's true, you can choose an iPhone model with 256GB, but Samsung models can go up to 300GB thanks to the ability to expand memory.

The features of cameras seem to be similar, but in reality the winners are Samsung models. Both iPhones and Samsung mount a 12 megapixel rear camera, but the latter are superior in case of poor visibility. Performances with low light or night are higher.

The last feature we want to analyse is the display. The new Apple models here differ: the iPhone 8 and 8 Plus have retained the traditional Retina HD display, but with a fundamental change, the introduction of True Tone, a technology that allows you to get a natural color on images and photographs. The same screen changes the color calibration automatically adjusting it to the environment and also changing the temperature and intensity. The iPhone X, instead, mounts an OLED HDR display, a completely new technology called Super Retina HD, which provides more brightness and greater accuracy for the colors, as well as extends its range. Despite the surprising news, Samsung seems to have had the best with its Super AMOLED displays. The resolution is much higher and better also results in image quality, brightness and contrast. Not surprisingly, DisplayMate has evaluated Samsung displays with an A +, declaring them the best displays on the market.

Declaring a winner is really difficult if not impossible! Both Samsung and Apple have launched new models of incredibly powerful smartphones with fantastic and innovative features. Apple excels in certain features, while Samsung has the best on other features. In conclusion, we can say that the two are currently at par - at least until the next battle!

Our tastes are good and we from GoCustomized, do not judge your choices. But we know there is a common feature on all smartphones: they are extremely fragile. That's why we believe it's important to protect your smartphone properly and you can do it easily and without spending a fortune thanks to GoCustomized! Here you can find many customizable covers for iPhone X, iPhone 8 and iPhone 8 Plus, or for Samsung S8 and Samsung S8 Plus.

And who do you prefer, Samsung or Apple? Let me know in the comments below!